Chinese investments in S-E Asia – should there be a relook? 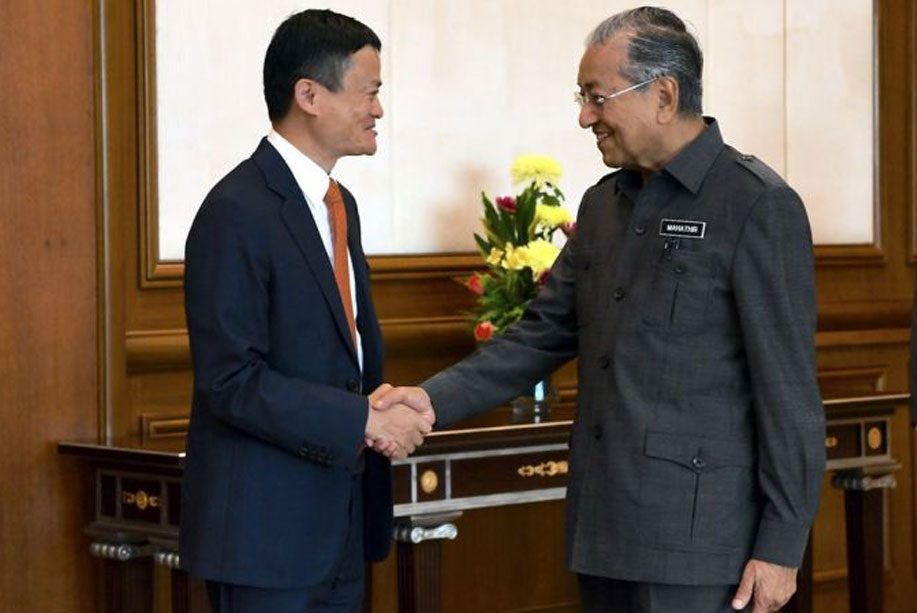 WHEN Malaysia’s Prime Minister Mahathir Mohamad visited China in August, it was assumed that he would draw a line in the sand. The recently re-elected leader – whose election campaign was buttressed by calls to unload his country’s massive US$250 billion debt – was expected to adopt a less cooperative position with Beijing. This was after Dr Mahathir made a seemingly snap decision to scrap around US$22 billion worth of Chinese-backed infrastructure projects, including putting an indefinite halt to the RM81 billion (S$27 billion) East Coast Rail Link project in Malaysia’s north-east.

But his engagements with Beijing’s officials and top business leaders saw him making visits to the headquarters of tech giant Alibaba, drone maker DFJ and Geely – the controlling stakeholder in Malaysian car manufacturer Proton – in an attempt to draw more foreign direct investment (FDI) into the country.

However, as with all FDIs, Chinese capital has its caveats.

In Malaysia, the vast majority of funding for three Belt and Road initiatives – US$20 billion for the rail link and US$2 billion for two pipelines – has been supplied by the Export-Import Bank of China, a state-owned policy lender. But as Chinese state-owned firms are the main contractors of these three projects, there have been concerns that Malaysians are being denied jobs. There has been precedent, with this scenario having played out across Asia, Africa and South America. More recently, we have seen this in Sri Lanka, as the indebted government eventually handed over a major deep-water port to China.

The story, however, is different for South-east Asia’s more mature economies such as Malaysia and Singapore, as China’s investments in those markets are being complemented by more independent businesses such as Alibaba and Tencent. China’s tech giant-led charge into Singapore and Malaysia is yielding strong results as the tech firms tend to adopt a longer-term, higher-value approach – hiring big teams of engineering and development talent locally as well as establishing the likes of the Huawei Innovation Hub and the Digital Free Trade Zone in Malaysia.

A cashless society – supported by a robust mobile payments and e-commerce ecosystem that enables seamless day-to-day interactions – has been long envied by the rest of the world. With rising production costs, an ageing population and shrinking investment returns, it’s clear why China’s economy has shifted from labour-intensive manufacturing to an innovation-driven paradigm in just a few years.

China’s regional tech presence no longer comprises low-quality products peddled in Shenzhen night markets. Rather than “Made in China”, Chinese technology now touts the “Created in China” model, where innovation has played a fundamental role. We have seen ample evidence of this, with Chinese firms having successfully cloned macaques from somatic cells, launched the world’s first quantum satellite and quantum experiments at space scale, as well as created the world’s fastest supercomputers – Sunway TaihuLight and Tianhe-2.

Today, Huawei is the largest telecommunications equipment manufacturer in the world and JD.com, Tencent, Alibaba and Baidu are among the world’s top 10 Internet companies in terms of revenue. These companies, and the new tech-based businesses seeking to emulate their success, have all benefited from the “innovation ecosystem” China is developing.

Recently, the RHL team met with a Chinese robotics firm that manufactures smart AI chips that can be deployed in Smart City and traffic management systems, as well as self-driving cars. While the company was a mere Series A company, it has raised over US$200 million from globally-renowned tech players such as Intel. The startup, recognising the economic potential of South-east Asia, was looking to establish business development opportunities with RHL to enter the local market. While it’s highly likely that it will face stiff competition from the BATs (likes of Baidu, Alibaba and Tencent), it’s important to highlight that some of the American tech giants have altered their strategy to not directly engage in competition with the BATs, but instead invest in smaller and promising tech newcomers who are better positioned to potentially dominate the Asian scene.

Ultimately, Prime Minister Mahathir’s trip to China serves as a broader example. While he speaks only for Malaysia, his statements effectively encapsulate the investment concerns faced by South-east Asia’s economies towards what’s being called a form of neo-colonialism.

Good or bad, Dr Mahathir has wisely realised that the economic relationship need not be a largely zero-sum game. Instead, his affability towards China’s tech ambassadors shows that he’s prioritising Malaysia’s overall economic advancement, as the country seeks to move away from its middle-income trap by creating a comprehensive digital economy ecosystem.

This article was originally published on Business Times